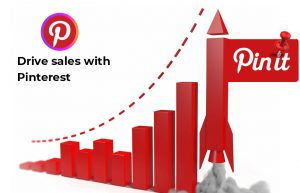 Pinterest now has a substantial following and this is evident from the latest statistics. The data shows an upward trend in the popularity of Pinterest. There are more active pinners than there were a couple of years back.

Here’re the findings of the data

Statista reported that Pinterest crossed the 300 million mark in Q1 2019 and it is still growing at a rapid pace. The biggest growth in pinners was noticed in the last three years. It started in 2010 and it lost no time in becoming the fastest site to have 10 million monthly visitors.

Pew Research found a unique pattern in Pinners. While a total of 28% US adults use Pinterest but when divided into gender, it is revealed that 42% of women US adult pinners are women and the male constitute only 15%. And this gender bias is reflected in the pins. The most popular topics on Pinterest are those that appeal to women.

Pew Research sheds more light on Pinterest users. It tells that 38% of US Pinterest accounts belong to youngsters between the age group of 18-24. But some experts find it highly misleading because older people of 30-49 years age group also use Pinterest.

Similar difference is found in the education level of Pinterest users. Pew Research data shows that 38% of US Pinterest users have a college degree while those with high school education or less constitute only 19%.

Many of Pinterest users have a keen interest in beauty products like fashion and homeware. And as many as 84% of users admit that they take a final decision on buying products only after visiting Pinterest.

Pinterest users are curious about new things as is evident from the data about their interest. Around 98% of users admitted that they tried new things they found on the Pinterest.

For conclusion, Using Pinterest right can boost your exposure and sales.