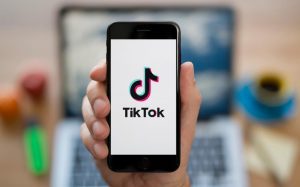 Brands show how to monetize with influencer marketing on TikTok that boasts of having over 800 million active users worldwide. And every brand is a case study for those that want to take advantage of TikTok marketing.

Here’re the brands that involved influencers in TikTok marketing and achieved their targets.

SixTikTok influencers promotedthe Black Friday-themed campaign named #DealDropDance of Walmart. They urged their followers to post videos about advantages of Black Friday savings at the store. And the campaign reached to over 17 million of followers of the influencers.

This gaming company ran #fortnite on TikTok and reached up to 29.5 billion viewers through influencer marketing. Apex Legends is another game it promoted on TikTok and this time #apexlegends reached record 546.6 million views. The comedy video of Brent Rivera received 900,000 likes.

Education Insights worked with an influencer agency for PlayfoamPluffle. The agency roped ten relevant influencers with a huge 14,800,000 following. The four weeks efforts of the influencers resulted in 2,500,000 video views, 470,900 likes, 1,500 comments and 2,000 shares.

F’real Foods is a popular milkshake brand across the US and Canada. Its products are sold at gas stations and convenience stores. It involved HaueterFamily influencer account for promotion its milkshakes. The influencer used to make funny family videos. It promoted the milkshake in his humorous videos and added 524.7K followers and 9.7M likes to F’real official TikTok account.

Ralph Lauren chose TikTok influencer marketing for its #USOpen campaign. It was working for the US Open Tennis Championship and needed a helping hand to expand its reach. And it selected influencer Diana Silver for marketing. The brand received benefits of followers of the influencer and the people searching for the #USOpen.

Navneet Education Limited involved TikTok influencers for its product 21 MLQ Sets that help students with last minute revision. It carefully took the influencers that understand its business and clients. And the result was amazing. It amassed 3.4 million views and 1,600 comments.

The tropical juice brand worked with Upfluence for an influencer marketing program on TikTok. The campaign was named “True Colors” and it engaged more than 439,000 users. It worked with a total of 21 influencers and 68 publications.