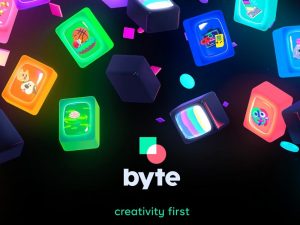 Is Byte Going To Become The Second TikTok?

Launched in January 2020, Byte or Vine 2.0 is the latest avatar of the erstwhile Vine that sold closed four years back in 2016. At the time it was shut down, the app was quite popular among youngsters. And the new app wants to monetize on that popularity.

It is a short-form video sharing app that allows up to six-seconds long videos by users. Since it is developed by the same company that developed Vine, it is very much close to its predecessor. But the new app is more on monetization of popularity.

Byte has an advantage for social media influencers that can join Byte to increase their earnings. Here’re the features that make Byte unique in its perspective and approach.

An educative program for Byte users, creator program allows influencers to learn about features and functions of the app to stay ahead. And the way it is becoming popular, it will soon become a popular app like TikTok.

According to April 2020 update, Byte will soon allow longer 8-second videos on its platform. It has been experimenting with longer videos for quite some time and it can make a decision regarding allowing users to make longer videos.

Byte is trying new features to allow its users to take full advantage of their creativity. It first came with Floaties in March 2020 and then added Byte Beats in April 2020. Floaties are a set of floating text or images that influencers can add to their videos. These appear like floating 3D objects in videos.

Byte Beats is an automatic feature that adjusts the audio track depending on the Byte length of the user. As onApril 2020, the feature was available only on iOS app but it is expected to be available for Android users soon.

There is a community forum in the app. Here the developers share information about present and upcoming updates. It is useful for users as they can ask questions about the apps. This community forum is like many other forums. Here users can start threads to keep track of the conversation.