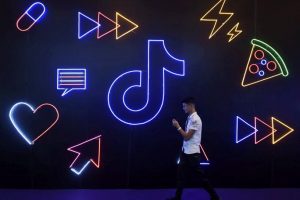 TikTokhas been recognized as a short video social app and it has been popular among people of all ages. But it is more popular with the young. Recently Conviva released a TikTok Benchmarks & Strategy Guide that show rankings for sports, television and news organizations on TikTok in the month of February 2020.

Here’re the highlights of the report

The top 20 television accounts have 1,536,100 followers in average. They have 17,714,836 likes on average and they posted 222 videos on average. Their likes per video are 135,610. Their performance is a little slower in comparison to Sports Media.

The data shows phenomenal growth of TikTok over the years and there have been many months when it became the most downloaded non-gaming app in iOS store. In February, it was downloaded 18 million times.

In February, TikTok increased its revenue to $4 million worldwide. While it is a free app, TikTok earns revenue from marketing on the app. It charges Pay Per Click (PPC) or Pay Per 1000 Impressions (PPM).

With 2,419 million users, Facebook tops the list of popularity followed by YouTube with 2,000 million views. WhatsApp comes third with 1,300 million and Weixin/WeChat stands on fifth step with 1,151 million and Instagram ranks sixth with 1,000 million. TikTok is seventh most popular media with 800 million followers.

This data is of 2019 and it ranks TikTok on the sixth rank. WhatsApp Message retains the top rank followed by Facebook, Facebook Messenger, WeChat and Instagram.

The data includes both iOS and Android downloads. And it reveals that TikTok has excelled in both the platforms. While it ranks fourth after Facebook Messenger, Facebook and WhatsApp Messenger, its growth is surprising.