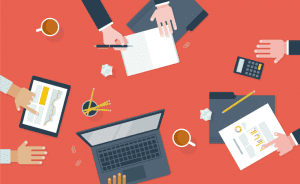 Why Is The New Instagram Graph API Made Restrictive And How it affects Marketers?

Facebook has a new API called Graph API and this new application is much better than its earlier 2018 version that was abused multiple times by the developers.

The new application is designed and developed to restrict misuse of the data that developers accessed by taking advantage of the earlier API. Taking lessons from the past experience, it has been made mandatory for developers to ask for approval to use the Instagram data. And the approval is made an extensive process.

Learn to use Graph API

While it is more restrictive than its predecessor, it gives some hope to developers. The Instagram Graph API can be accessed only through an Instagram Business Account or an Instagram Creator Account. Also, it allows developers to develop apps for a variety of tasks that include publish media, manage social media posts, find hashtag media and get basic metadata.

Instagram users that need insight into and full control over all of their social media interactions should try Instagram Basic Display API instead. It is an alternative API for accessing basic profile information, posts including photos and videos in Instagram accounts. As a developer, you will have access to every Instagram account through the API but it will be only read-access to basic data.

Everything wasn’t well with the earlier API as it became a tool in the hands of developers that took advantage of the Facebook data for personal gains as happened in the year 2018.

Data relating to 87 million Facebook users was compromised from 2015 to 2018 by a political consulting firm Cambridge Analytica. And the data was used for the US presential elections. Similarly, an containing a quiz surfaced on Facebook and it collected data of users due to loopholes in the earlier API. Developed by a Russian-American researcher at Cambridge University, Aleksandr Kogan, the app caused much harm to Facebook and the parent company.

Worried about the privacy of its citizens, US Senate asked owner of Facebook to appear before it and explain the events. But the Senate ended up fining $5 billion to Facebook for the data breach. After the incident, Facebook decided to do away with the faulty API and develop a new API for its users.