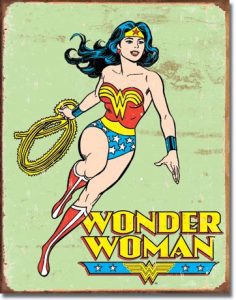 TikTok is present in over 154 countries; it works in over 39 languages and the number of its monthly users is over 800 million that includes amazing female content creators with large followings. They are influencers and they include actresses, singers, dancers and models. And they are in a cut-throat competition with each other.

Look at the female influencers that will gain prominence in 2020

With 46.8 million followers, this American social media personality becomes the most followed TikTok female influencer in the world. She joined TikTok in 2019 and amassed a huge following with a short time. The New York Times called her “reigning queen of TikTok”.

This American social media personality and singer became popular on TikTok when she was just 13. And today she commands a following of 42 million. Also, she was nominated for 2016 Teen Choice Choice Muser Award and a 2017 Shorty Award.She loves singing and dancing and makes lip-sync videos for TikTok.

She’s an American social media influencer with a large following of 32 million. Popular for making dance videos, she’s also said to be part of The Hype Group, a TikTok collaborative. Also, in January 2020, she signed with talent agency WME.

She’s an American and her real name is Ariel Rebecca Marin and she wears many hats including influencer, actress and singer. She has only 31.3 million followers but it didn’t prevent her from featuring in the list of most influential people of Time Magazine. Also, Forbes listed her as top entertainment influencers in its 2017 list. She also won a Teen Choice Choice Muser Award in 2016 and 2017.

Arishfa Khan is a popular name in the entertainment industry as she has been acting since 9 but her TikTok following is largely due to her lip-syncing videos. She has 24.2 million followers. Also, she runs a beauty and makeup YouTube channel with a following of 1.15 million.

Kristen Hancher is popularly known for her acting, dancing, singing and modeling. She gained prominence in TikTok after her duet lip-sync to Nicki Minaj’s “Regret In Your Tears” in 2017 became popular. Today 23.6 million people are following her on TikTok.

She started her journey to TikTok videos with “Mujhe Yaad Hai Aata Teri Wo Nazrein Milana” and this lip-sync video soon amassed 2.5 million likes and made her social media personality overnight. Today, she has a large 23.4 million following on TikTok.