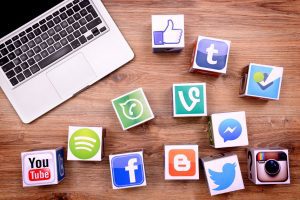 Know What Is Good For TikTok And What Isn’t

How does it happen that some TikTok influencers do fairly well on the platform while others fail to even get noticed? A careful study of a performing and non-performing brand can show what works on TikTok what doesn’t.

First of all, we will discuss an exemplary brand that is doing fairly well on TikTok and check its strength….

Chipotle involves leading influencers and their communities for TikTok influencer marketing. Do you know which is their most engaging post? It is a skit comedy featuring a character thrifty “Mama Penny”. Influencer Joshua Sadowski played that character for Chipotle.

Influencer Joshua Sadowski played that character very well. The character was confused as to what to order in-store after knowing that she could get a free burrito with a single product. In this situation, what the character did, she humorously coaxed a stranger to give her free points so that she can claim the gift. And this video did fairly well on the influencer marketing marketplace.

It was a success….

Competitors can claim that the character was already a hit on Joshua’s page as it had already garnered 3.9m+ followers on the platform. But the reality is that Chipotle was right in anticipating the usefulness of that character for their brand. And they proved that they put entertainment before marketing. It is what influencer marketing companies should learn from Chipotle.

Let’s discuss the failure of a brand….

Buzzfeed is an underperformer as it could hardly get 500 likes from a limited number of followers. The problem lies in the content that is repurposed. Buzzfeed is doing well on Insta and YouTube and it wants to imitate the success on TikTok with repurposed content. It is where their b2b tech influencers failed to give results.

Another reason for their failure is choosing uninteresting content. They fail to attract Gen Z that hate recycled content. While repurposing content could save some time but it fails to attract eyeballs and hold attention. Any business that is using this strategy would fail to increase its influencer outreach in the long run.

What do we understand from the above discussion?

The first thing is to understand the pattern of TikTok marketing and the role of influencers in marketing. For the best influencer marketing, you need to think out-of-the-box and prevent your creators from repurposing the content. Recycled content doesn’t work on TikTok. This platform has its specific content guidelines and brands have to follow those guidelines.